The Stations of the Cross are a 14-step Catholic devotion that commemorates Jesus Christ’s last day on Earth as a man. The 14 devotions, or stations, focus on specific events of His last day, beginning with His condemnation. The stations are commonly used as a mini pilgrimage as the individual moves from station to station. At each station, the individual recalls and meditates on a specific event from Christ’s last day. Specific prayers are recited, then the individual moves to the next station until all 14 are complete.

The Stations of the Cross are commonly found in churches as a series of 14 small icons or images. They can also appear in church yards arranged along paths. The stations are most commonly prayed during Lent on Wednesdays and Fridays, and especially on Good Friday, the day of the year upon which the events actually occurred.

You can follow along with the PDF copies below. 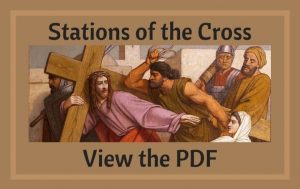 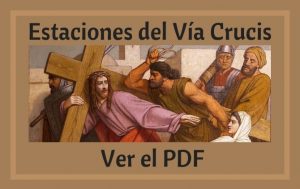